Is Laser Teeth Whitening A Good Option For You?

What Are Ways Of Treatment For Varicose Veins?

What are the common knee Problems? 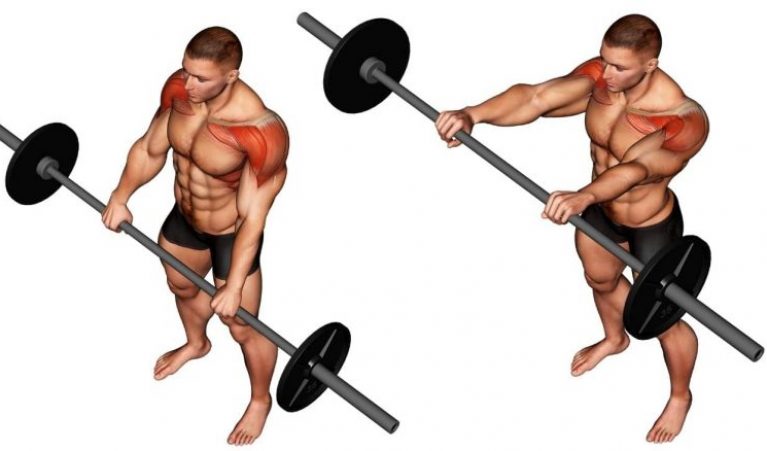 If you’re looking to build up your upper body, you might want to consider front raise. This exercise can strengthen your shoulders and back while also working your biceps and triceps. With proper form, it can also help make your muscles appear more defined, which can be useful if you’re trying to get fit or prepare for an upcoming swimsuit season. To get started, follow these instructions on how to do front raises with perfect form, so you can reap the benefits of this muscle-building movement from the comfort of your own home.

What are front raises?

A front raise is an isolation exercise that works your shoulder muscles. Isolation exercises are often used to work smaller muscle groups, because they target one muscle rather than using multiple muscles during a single exercise. An isolate muscle group can be strength with less risk of injury than working with free weights or machines that require you to stabilize your body as you move. The front plate raise is done by holding weight plates in each hand at waist level, parallel to each other but with palms facing toward you. You’ll bend at your knees while raising them up until they’re at shoulder height and then slowly lower them back down, keeping your elbows slightly bent throughout so they move in sync with your shoulders.

Why you should do front raises?

Plates are more stable than barbells, so doing raises with them helps improve overall stability. Plate front raises also work your shoulders more than they do with barbells because of how you need to stabilize them. It’s really important to perform front plate raises properly. If you don’t, you risk injuring your shoulders or hitting yourself in the face Make sure that as you lower and raise your arms that you’re staying in a controlled motion and always keeping tension on those muscles throughout their full range of motion. Here’s How: Position an Olympic size weight plate on end and grip it at both ends.

Why they aren’t popular?

Cable front raises aren’t popular because people associate them with other popular exercises, like cable flyes. But when you isolate each muscle, it becomes clear that these moves are very different from one another. Flyes focus on isolating your pectoral muscles; you do that by retracting your shoulder blades while using lighter weights. Cable front raises, on the other hand, engage all of your upper-body muscles, including triceps and shoulders. You use heavier weights with cable raises because they work harder than flyes to build strength in your chest and arm muscles. They also engage more muscles at once, giving you better results in less time—you won’t be able to spot reduce fat off your arms by doing thousands of flies!

A study in Archives of Physical Medicine and Rehabilitation found that training your front deltoids can improve your throwing accuracy. And if you have particularly strong front delts, you’ll appear broader through your chest. In fact, just doing one set of eight repetitions of 12-pound barbell front raises can help build big muscles across your shoulders. Try it at home or when you go to the gym with perfect form: Stand straight up with both hands on a dumbbell handle, palms facing forward. Without bending your elbows, raise both arms up until they are parallel with each other above your head. Pause for a second before lowering them back down again in an arc toward your sides until they are almost touching your body before repeating for one set of eight repetitions total.

Taking barbell front raises too quickly; trying to raise as much weight as possible, rather than doing slow and controlled reps with good form. If you do that, not only will you be more likely to hurt yourself, but it’s also likely you won’t even use very much weight in your workout. Going for high reps and lower weights in your workout might seem like a better idea—and it is, compared with going really heavy—but chances are, you’ll be using way too much weight when you take front raises too fast.

How many reps, sets, rest in between sets?

In order to build muscle in your shoulders, do 3 sets of 8-12 reps per exercise. Rest for 1 minute between each set. Here’s how you can properly perform front raises: Hold two dumbbells at shoulder height with your palms facing forward and your elbows slightly bent. Raise your arms until they are parallel with your torso, maintaining proper form throughout. Return slowly to starting position. Repeat for 12 repetitions on each arm for one set; rest one minute before performing a second set.

How to Perform the Glute Ham Raise with Perfect Form

What Are The Essential Keys For HIIT Workout Training? 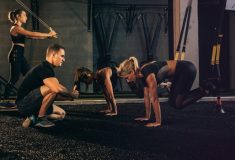 The Most Frequent Questions Asked about HIIT Workouts?

HIIT exercises are undoubtedly beneficial and effective in losing weight, boosting metabolism, and improving stamina. HIIT workouts are suitable for... 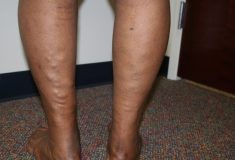 Varicose veins are enlarged veins with rope-like structures. They’re usually purple or red-blue and occur beneath the skin and affect...