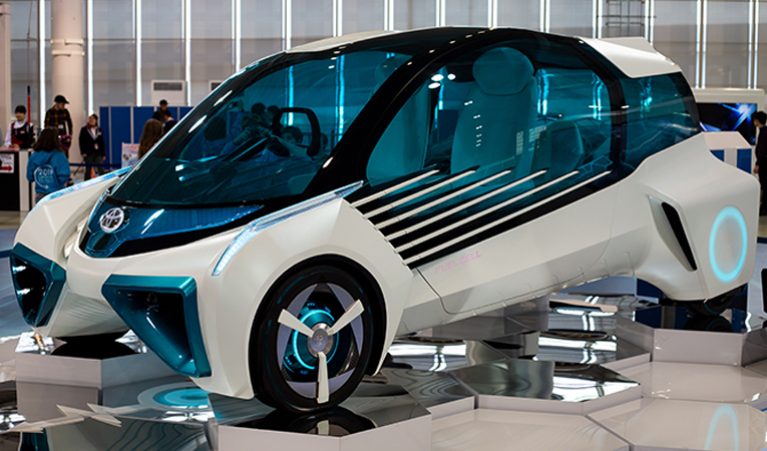 Some basic premises – often fashioned by leaders and supported by the led – exercise the collective conscience of the led in so far as they stimulate a willed development. The development is usually superior but not necessarily civilized. The premises in question are of this form: “Our level of technological advancement is second to none. Upon reaching this level, we also have to prepare our society for peace, and to guarantee the peace, technology must be revised to foster the policy of war.” Technological advancement that is pushed in this direction sets a dangerous precedent for other societies that fear a threat to their respective sovereignties. They are pushed to also foster a war technology.

In the domain of civilization, this mode of development is not praiseworthy, nor is it morally justifiable. Since it is not morally justifiable, it is socially irresponsible. An inspection of the premises will reveal that it is the last one that poses a problem. The last premise is the conclusion of two preceding premises but is not in any way logically deduced. What it shows is a passionately deduced conclusion, and being so, it fails to be reckoned as a conclusion from a rationally prepared mind, at least at the time at which it was deduced.

A society that advances according to the above presuppositions – and especially according to the illogical conclusion – has transmitted the psyche of non-negotiable superiority to its people. All along, the power of passion dictates the pace of human conduct. Whether in constructive engagements or willed partnerships, the principle of equality fails to work precisely because of the superiority syndrome that grips the leader and the led. And a different society that refuses to share in the collective sensibilities or passion of such society has, by the expected logic, become a potential or actual enemy and faces confrontation on all possible fronts.

Most of what we learn about the present world, of course, via the media, is dominated by state-of-the-art technology. Societies that have the most of such technology are also, time and again, claimed to be the most advanced. It is not only their advancement that lifts them to the pinnacle of power, superiority, and fame. They can also use technology to simplify and move forward an understanding of life and nature in a different direction, a direction that tends to eliminate, as much as possible, a prior connection between life and nature that was, in many respects, mystical and unsafe. This last point does not necessarily mean that technological advancement is a mark of a superior civilization.

What we need to know is that civilization and technology are not conjugal terms. Civilized people may have an advanced technology or they may not have it. Civilization is not just a matter of science and technology or technical infrastructure, or, again, the marvel of buildings; it also has to do with the moral and mental reflexes of people as well as their level of social connectedness within their own society and beyond. It is from the general behaviour makeup of people that all forms of physical structures could be created, so too the question of science and technology. Thus, the kind of bridges, roads, buildings, heavy machinery, among others, that we can see in a society could tell, in a general way, the behavioural pattern of the people. Behavioural pattern could also tell a lot about the extent to which the natural environment has been utilized for infrastructural activities, science and technology. Above all, behavioural pattern could tell a lot about the perceptions and understanding of the people about other people.

I do believe – and, I think, most people do believe – that upon accelerating the rate of infrastructural activities and technology, the environment has to recede in its naturalness. Once advancing technology (and its attendant structures or ideas) competes with the green environment for space, this environment that houses trees, grass, flowers, all kinds of animals and fish has to shrink in size. Yet the growth of population, the relentless human craving for quality life, the need to control life without depending on the unpredictable condition of the natural environment prompt the use of technology. Technology need not pose unwarranted danger to the natural environment. It is the misuse of technology that is in question. While a society may justly utilize technology to improve quality of life, its people also have to ask: “how much technology do we need to safeguard the natural environment?” Suppose society Y blends the moderate use of technology with the natural environment in order to offset the reckless destruction of the latter, then this kind of positioning prompts the point that society Y is a lover of the principle of balance. From this principle, one can boldly conclude that society Y favours stability more than chaos, and has, therefore, the sense of moral and social responsibility. Any state-of-the-art technology points to the sophistication of the human mind, and it indicates that the natural environment has been cavalierly tamed.
If humans do not want to live at the mercy of the natural environment – which, of course, is an uncertain way of life – but according to their own predicted pace, then the use of technology is a matter of course. It would seem that the principle of balance that society Y has chosen could only be for a short while or that this is more of a make-believe position than a real one. For when the power of the human mind gratifies itself following a momentous achievement in technology, retreat, or, at best, a slow-down is quite unusual. It is as if the human mind is telling itself: “technological advancement has to accelerate without any obstruction. A retreat or a gradual process is an insult to the inquiring mind.” This kind of thought process only points out the enigma of the mind, its dark side, not its finest area. And in seeking to interrogate the present mode of a certain technology according to the instructions of the mind, the role of ethics is indispensable.

Is it morally right to use this kind of technology for this kind of product? And is it morally right to use this kind of product? Both questions hint that the product or products in question are either harmful or not, environmentally friendly or not, or that they do not only cause harm directly to humans but directly to the environment too. And if, as I have stated, the purpose of technology is to improve the quality of life, then to use technology to produce products that harm both humans and the natural environment contradicts the purpose of technology, and it also falsifies an assertion that humans are rational. Furthermore, it suggests that the sophisticated level that the human mind has reached is unable to grasp the essence or rationale of quality life. In this regard, a peaceful coexistence with the natural environment would have been deserted for the sake of an unrestrained, inquiring human mind. The human mind would, as it were, become corrupted with beliefs or ideas that are untenable in any number of ways.

The advocacy that is done by environmentalists relate to the question of environmental degradation and its negative consequences on humans. They insist that there is no justification for producing high-tech products that harm both humans and the natural environment. This contention sounds persuasive. High technology may demonstrate the height of human accomplishment, but it may not point to moral and social responsibility. And to this point, the question may be asked: “In what ways can humans close the chasm between unrestrained high technology and environmental degradation?”
Too often, most modern humans tend to think that a sophisticated lifestyle is preferable to a simple one. The former is supported by the weight of high technology, the latter is mostly not. The former eases the burden of depending too much on the dictates of the natural environment, the latter does not. The latter tends to seek a symbiotic relationship with the natural environment, the former does not. Whether human comfort should come largely from an advanced technology or the natural environment is not a matter that could be easily answered. If the natural environment is shrinking due to population growth and other unavoidable causes, then advanced technology is required to alleviate the pressures to human comfort that arise. It is the irresponsible proliferation of, say, war technology, high-tech products, among others, that are in need of criticism and have to stop.

Planning a Career in Information Technology 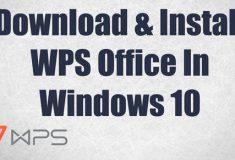 WPS Office is an application with multiple services such as writer, presentation, and spreadsheet. The WPS was known as the... 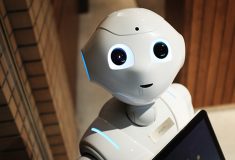 Consumers Get in Touch With New Technology

No matter who you are or where you are, you are likely feeling the growth of touchscreen technology. Today, frequent fliers...